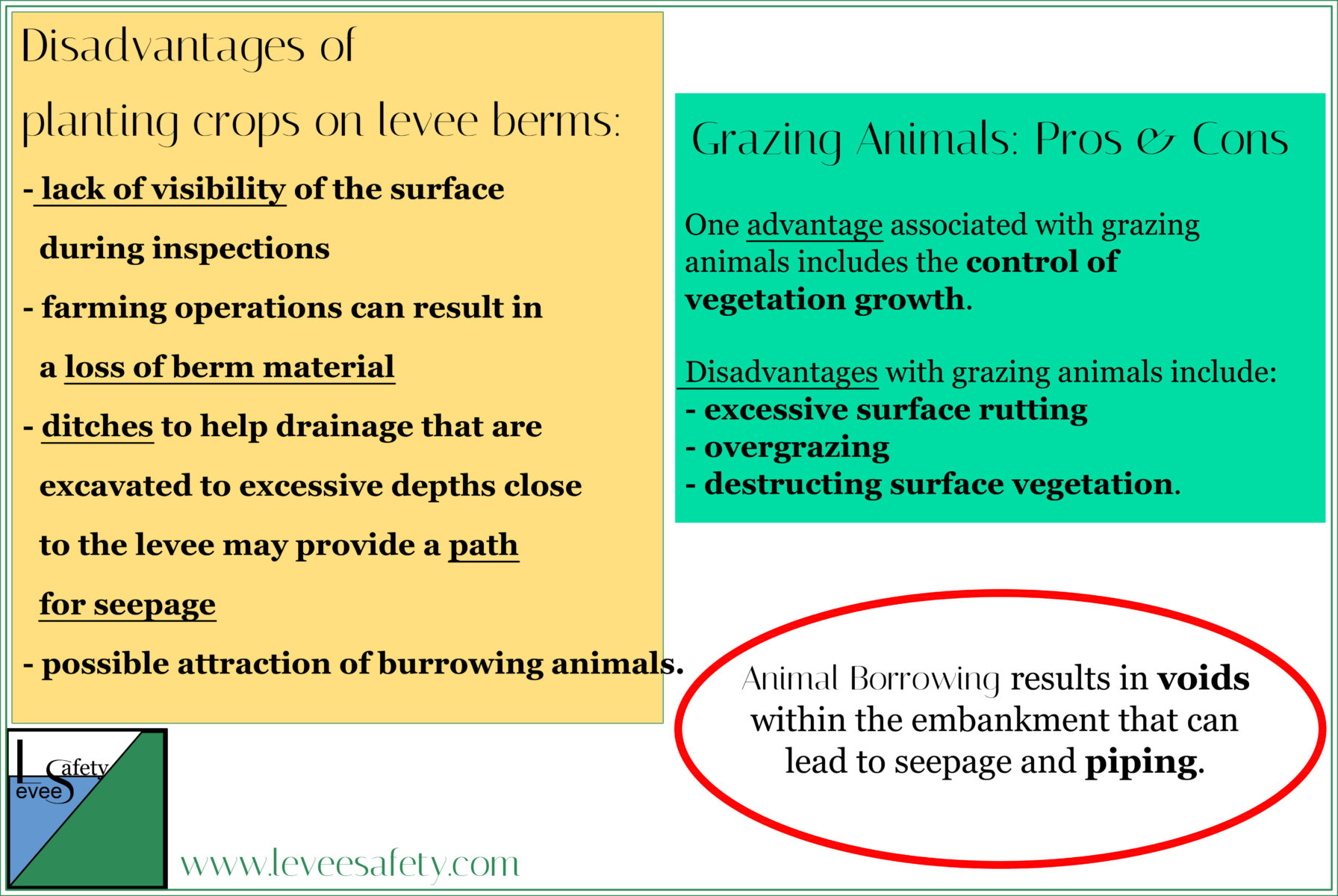 Let’s start from the beginning …

LEVEES are earth structures whose primary function is to provide protection against fluvial and coastal flood events.

In order to reduce the risk of inundation of an area, levees act by:

A levee is designed for a particular estimated return period water level and should resist failure up to that height.

It is possible to distinguish between:

Levees within an estuarine environment may be built to address a combination of riverine and coastal flood defence objectives.

Historical levees may be composed of a variety of materials. Many levee systems were constructed to protect farmland during high water seasons. Typically the soil used to build the levee was locally available material that could easily be transported and placed. Over the course of centuries, with urban development, levees have been raised up and widened to provide greater protection according to construction methods that were consistent with the technology at the time of construction before the advent of modern soil mechanics practices. As a result, existing levees may show permeable characteristics; discontinuity in composition along the longitudinal section; improper placement and scarce bearing capacity. Often there is a lack of documentation related to the levee construction and material properties are unknown without conducting invasive sub-surface testing.

In densely populated countries, people constructed buildings near rivers, often along the levees, because of the ease of access to the water.

In many case, urbanisation of land within the floodplain was unregulated. Nowadays, flood risk manager have to manage the consequences.

In fact, site characteristics change drastically with urbanization. Because of urban development, the permeable soil is replaced by impermeable surfaces that store little water, reduce infiltration of water into the ground and accelerate runoff to streams. Rainfall and snowmelt can produce overland flow and increase the peak discharge of floods.

Levees are subject to loads which derive from:

Extra loads may originate from:

Levees are embankments whose primary purpose is to furnish flood protection from seasonal high water so they are subject to water loading for only few days or weeks during the year.

Under normal conditions, levees are not subject to the action of waves and currents. They may stand for much of their lives without being loaded to their design capacity and this can create a false sense of security in the level of protection they will provide: residents become less aware of the threat of floods.

The various loading conditions to which a levee and its foundation may be subjected are:

– Sudden drawdown from full flood stage. At least the major part of the upstream embankment portion is saturated by a prolonged flood stage that falls faster than the soil can drain. The development of excess pore water pressure may result in the upstream slope instability.

– Earthquake loadings. Levees constructed of loose cohesionless materials or founded on loose cohesionless materials are particularly susceptible to failure due to liquefaction during earthquakes. However, earthquake loadings are not normally considered in analysing the stability of levees because of the low probability of earthquake coinciding with periods of high water (depending on the severity of the expected earthquake and the importance of the levee, seismic analyses to determine liquefaction susceptibility may be required). Generally, evaluation and mitigation for seismic performance of levee systems has had low priority in the past. More currently, it is thought that levees should be evaluated for seismic performance.

Secondary uses should be integrated into levee design without affecting the integrity of the levee and its primary flood risk management role.

DIDN’T FIND WHAT YOU NEED?